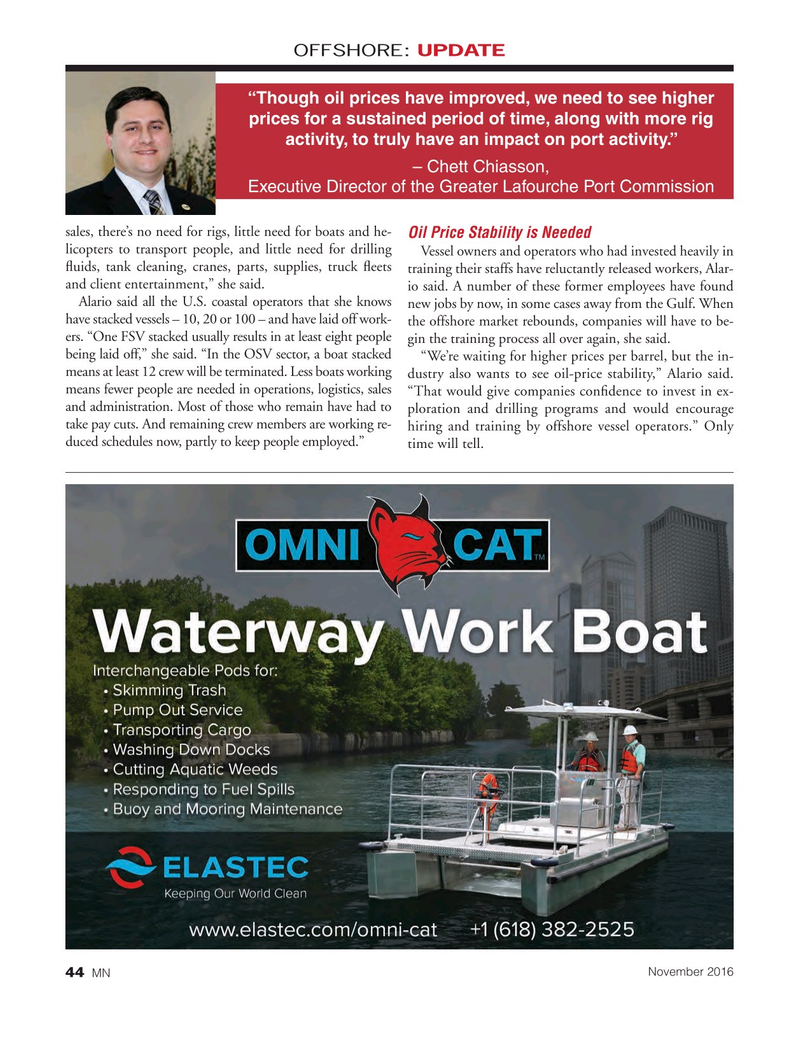 OFFSHORE: UPDATE “Though oil prices have improved, we need to see higher prices for a sustained period of time, along with more rig activity, to truly have an impact on port activity.” – Chett Chiasson,

Executive Director of the Greater Lafourche Port Commission sales, there’s no need for rigs, little need for boats and he-

Vessel owners and operators who had invested heavily in ? uids, tank cleaning, cranes, parts, supplies, truck ? eets training their staffs have reluctantly released workers, Alar- and client entertainment,” she said. io said. A number of these former employees have found

Alario said all the U.S. coastal operators that she knows new jobs by now, in some cases away from the Gulf. When have stacked vessels – 10, 20 or 100 – and have laid off work- the offshore market rebounds, companies will have to be- ers. “One FSV stacked usually results in at least eight people gin the training process all over again, she said. being laid off,” she said. “In the OSV sector, a boat stacked “We’re waiting for higher prices per barrel, but the in- means at least 12 crew will be terminated. Less boats working dustry also wants to see oil-price stability,” Alario said. means fewer people are needed in operations, logistics, sales “That would give companies con? dence to invest in ex- and administration. Most of those who remain have had to ploration and drilling programs and would encourage take pay cuts. And remaining crew members are working re- hiring and training by offshore vessel operators.” Only duced schedules now, partly to keep people employed.” time will tell.