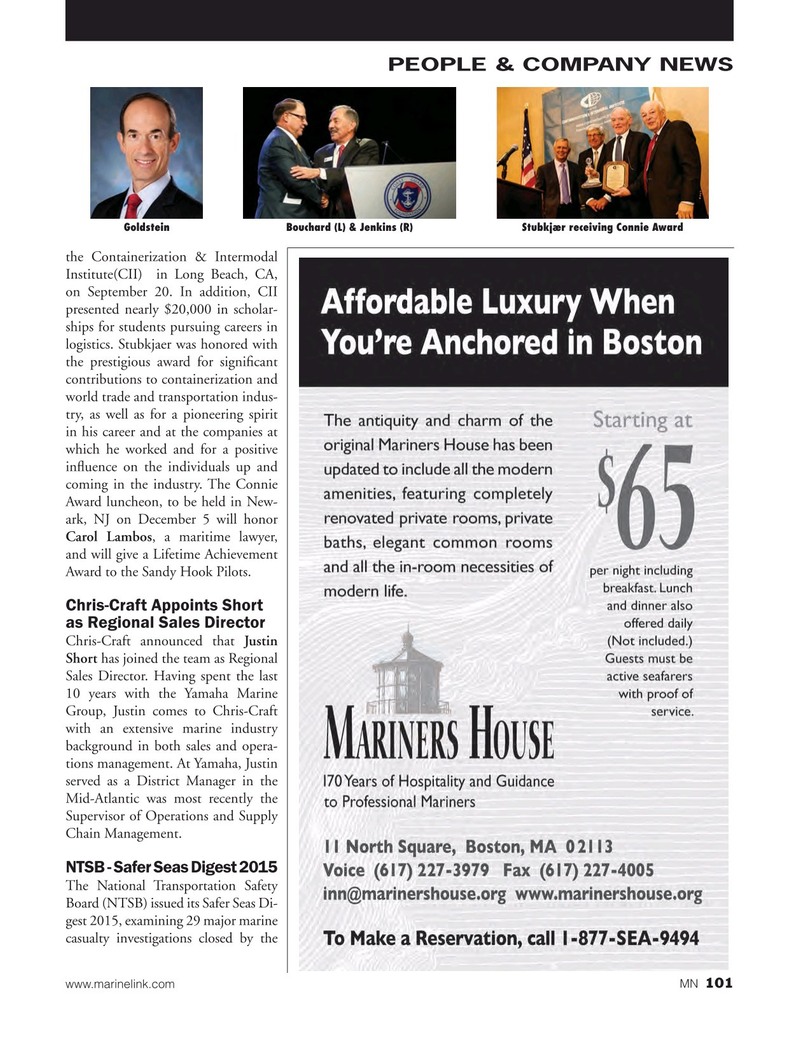 Institute(CII) in Long Beach, CA, on September 20. In addition, CII presented nearly $20,000 in scholar- ships for students pursuing careers in logistics. Stubkjaer was honored with the prestigious award for signi? cant contributions to containerization and world trade and transportation indus- try, as well as for a pioneering spirit in his career and at the companies at which he worked and for a positive in? uence on the individuals up and coming in the industry. The Connie

Award luncheon, to be held in New- ark, NJ on December 5 will honor

Carol Lambos, a maritime lawyer, and will give a Lifetime Achievement

Award to the Sandy Hook Pilots.

Short has joined the team as Regional

Sales Director. Having spent the last 10 years with the Yamaha Marine

Group, Justin comes to Chris-Craft with an extensive marine industry background in both sales and opera- tions management. At Yamaha, Justin served as a District Manager in the

Mid-Atlantic was most recently the

Supervisor of Operations and Supply